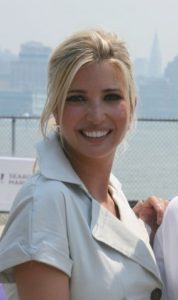 It’s not often that the subject of the National Library Week inspires such social media uproar. But, take a look at what Ivanka Trump posted, and you’ll be sure to see why it caused such a viral outburst. Yes, for some, she posted what could have been considered an innocent, even inspiring, post about libraries:

This #NationalLibraryWeek, we honor our libraries and librarians for opening our eyes to the world of knowledge, learning and reading!

Yet, it’s not such a simple statement, after all.

The real question, though, is what would we lose if we did not have a library. Communities are already feeling the pinch, and many are already being forced to close (or reduce hours and resources) for their local library. Further defunding just makes those valiant efforts to save the existing libraries even more challenging. What anti-library critics don’t seem to realize is that libraries hold a significance far beyond any monetary value.

We’ve loved every moment in those book-laden walls. And, that’s why the very-real prospect of libraries being defunded is such a scary thing. It’s coming. We can’t pretend that it’s not a horrible probability. As EveryLibrary tweets:

You can’t really compare this tweet to one about her silvery evening attire, which was compared with the warming blankets of Syrian refugees.

In the end, perhaps we will begin to understand the enduring power of words and images. Though we’re inundated with a profusion of every possible form of media through the day, words still mean something! So, do books and libraries…

The Art of Hiding

What Does Atticus Say? – 7 ‘To Kill a Mockingbird’ Quotes

ABOUT US
A Book Geek is your book news and entertainment website. We provide you with the latest breaking news and videos from the world of books.
Contact us: ewriter1@gmail.com
FOLLOW US
© 2010-2022 A Book Geek
MORE STORIES

The Art of Hiding